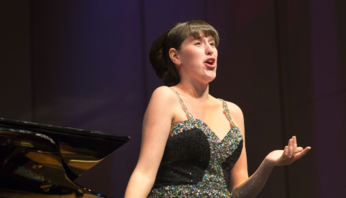 Golda Berkman, an accomplished 15 year old soprano made her concert debut with Maestro Daniel Suk and the Dream Orchestra at Irvine Barclay Theatre in 2014 performing arias from Puccini with leading female pianist Ms. Hai-Kyung Suh and a 60 piece orchestra. Ms. Berkman has performed with L.A. Opera under the baton of Maestro James Conlon with L.A. Opera’s productions of “Noye’s Fludde” by Benjamin Britten, and “Brundibar” by Hans Krasa. Ms. Berkman had her second Dream Orchestra sold out concert debut in April 2014 as the soprano soloist with Tenor Vladimir Dmitruk and Mezzo Soprano Casandra Velascos from LA OPERA’s Domingo Thorton Young Artist Program, and professional Bass Patrick Blackwell in a world class production of Mozart’s Requiem. She made her debut as soprano soloist in Handel’s Messiah at St. Monica Catholic Church December of 2014.  Ms. Berkman is the recipient of various musical art awards such as the 2013 & 2014 winner of the prestigious Young Musicians’ Foundation Scholarship of Merit Award and LAUSD’s 2014 Omni award for “Best Young Opera Voice of the Year.” American Protégé International Competition of Romantic Music 2014 has named Golda First Place and Judges' Distinction Award Winner and for the occasion, she performed at Carnegie Hall, New York City  in spring of 2015.  Ms. Berkman is also a winner of 2015 Spot Light Award and made her debut at the Walt Disney Concert Hall on March 30, 2015. Ms. Berkman has a vast opera repertoire of arias in French, Italian, German, Korean and Hebrew. Golda is also a classical pianist and passionate composer. 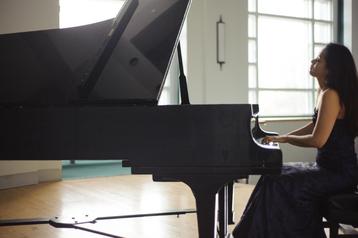 Jooeun has been sought after by renowned and young composers of our time, and she has also been an active advocate and a member of IU New Music Ensemble under David Dzbay, also appearing in Major Venues as a new music collaborator. The Highlight of Year 2014 Season was the World Premier Performance of Rabble Rouser..for Jooeun Pak, written by a renowned composer and the IU composition faculty, Don Freund, in Auer Hall, Bloomington, IN, March 2014. As an Artistic Director of Musik in Progress, Jooeun has been giving concerts based on creative and collaborative projects that are representative of modern culture.

Jooeun immensely enjoys performing as an orchestral pianist. In the past, she has performed major orchestral repertoires under legendary conductors including Lorin Maazel, Arthur Fagen and Robert Abaddo. In summer 2014, Jooeun was invited to join Ravinia Festival as a collaborative pianist, where she will be returning in summer 2015. In the past, she has appeard in Atlantic Music Festival as an Opera Accompanist/ Coach/ New Music Collaborator. As a collaborative pianist, she has extensively worked in IU String Academy and in the studio of a legendary bariton, Timothy Noble.

Jooeun holds Doctor of Music in Piano Performance and Literature, with minors in theory and  chamber music from Indiana University Jacobs School of Music under the mentorship of the Distinguished Professor and the co-founder of legendary Beaux Arts Trio, Menahem Pressle for whom she also served as an assistant. Jooeun was a recipient of IU Doctoral Fellowship for her outstanding performance/ academic achievements. During her years in Indiana University Jacobs School of Music, Jooeun held Associate Instructor position in Piano Secondary Department, and was a faculty in IU Young Pianist Program.

In the past, Jooeun's artistic growth was nurtured and deeply inspired by Edmund Battersby, Jean-Louis Haguenauer, Craig Sheppard, Arnaldo Cohen and Tanya Stambuk.

many prestigiouse venues and concert 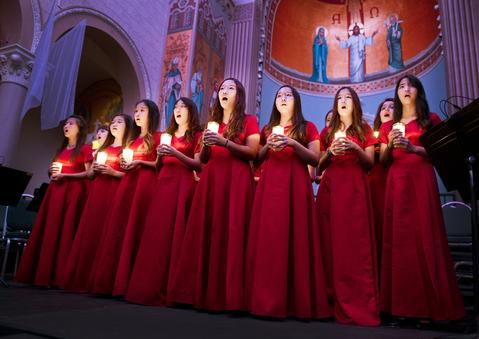 Russian Concert Pianist, Natalia Kartashova was born inSt. Petersburg, Russia, where, because of her exceptional talent, she had an opportunity to study with the best professors as a student at the School for Gifted Children. She began her music studies with her mother, Tamara Novikova, who has a degree in music theory. Starting at the age of 8, Natalia gave her first concerts in St. Petersburg and in Hungary, Poland, France and Czechoslovakia, and at age 12 went on her first solo concert tour in Italy.  By the age of 13, she had won several first prizes and two Grand Prix in piano competitions for young composers

and young pianists in the USSR. In 2000, she graduated from the Rimsky-Korsakov College of Music in St. Petersburg and moved to Moscow, continuing her studies with M. Gambaryan and N. Nemsitsveridze at Gnesin’s Academy of Music. At the same time she was taking private lessons with the renowned pianist Emmanuil Monaszon, Honored Professor of the Russian Federation, trained by Nikolai Igumnov, a famous luminary of the Russian piano school, whose teacher A. Zilotti  had been taught by Franz Liszt himself.

While studying both music and psychology in Moscow, Ms.Kartashova participated in the International Piano Competitions, winning First Prizes and the Grand Prix (France, Spain, Ukraine, Holland), frequently appearing on TV and radio stations, performing in master classes with M.Pletnev, D. Bashkirov, V.Gornostaeva. V. Ashkenazi and at various piano festivals as a solo pianist, with the orchestra and as a chamber ensemble performer.

After Natalia Kartashova earned her MM degree in music and a Ph.D in psychology in 2005, she relocated to California, USA. In 2009 she earned her master’s degree from UCLA, studying with world-renowned pianist Vitaly Margulis.

Natalia is a founder of Russian Academy of Music, an active member of MTNA,she is often invited as an adjudicator for various regional,state and international piano competitions. She has been actively teaching, performing and recording, residing in Los Angeles.